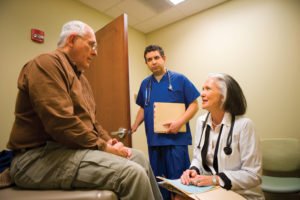 The penis is the male sex organ that passes sperm and urine from the body. The glans (head of the penis) is covered with loose skin called the foreskin. The most common type of penile cancer is squamous cell carcinoma (cancer that begins in flaT-cells in the top layer of the skin). It usually forms on or under the foreskin.

These and other signs may be caused by penile cancer or by other conditions. Check with your doctor if you have any of the following:

Lymph nodes in the groin may be taken out during surgery. Even if the doctor removes all the cancer that can be seen at the time of the surgery, some patients may be given chemotherapy or radiation therapy after surgery to kill any cancer cells that are left. Treatment given after the surgery, to lower the risk that the cancer will come back, is called adjuvant therapy.

There are new types of treatment are being tested in clinical trials.