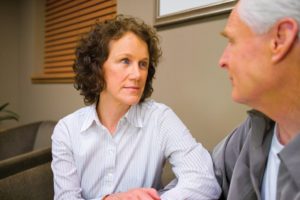 These and other signs and symptoms may be caused by rectal cancer or by other conditions. Check with your doctor if you have any of the following:

There are five types of standard treatment. Your OHC doctor will help you determine the best care plan for you.

Radiation therapy and/or chemotherapy may be given before surgery to shrink the tumor, make it easier to remove the cancer, and help with bowel control after surgery.