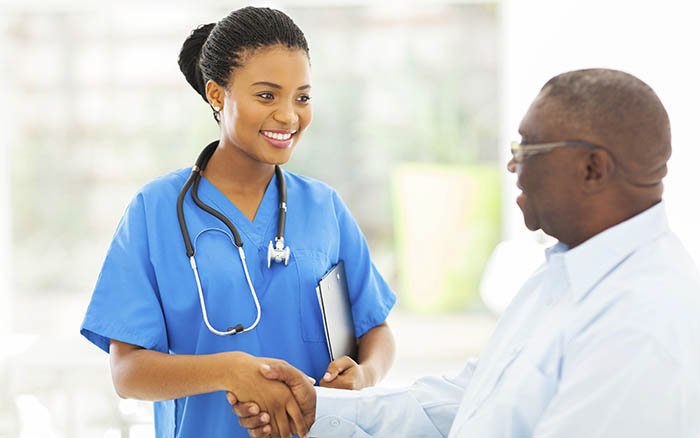 Today, lung cancer remains the leading cancer cause of death in the U.S. for both men and women. And OHC is helping to change that.

Historically, the treatment of lung cancer has been extremely challenging because patients typically do not show symptoms until the disease is advanced. According to the National Cancer Institute, 57 percent of lung cancer isn’t diagnosed until it’s stage 4, when it has spread to other areas of the body and is very difficult to treat. Until recently, most patients did not survive stage 4 lung cancer.

This trend is now changing thanks to the cancer experts at OHC who are seeing significantly improved outcomes and continue to investigate new treatments through their clinical trials program.

OHC was heavily involved in the lung cancer clinical trials that led to the worldwide approval of the immunotherapy drugs Opdivo, Keytruda and Yeroy. And recently, OHC’s co-director of research, David M. Waterhouse, MD, MPH, was published in the Journal of Clinical Oncology for a study he led that suggests continuing Opdivo beyond one year improves outcomes in patients previously treated for advanced non-small cell lung cancer.

Although many patients taking these drugs have been in remission for 5 – 7 years since their diagnosis, unfortunately, not everyone has this same positive response to this treatment. For these patients, OHC is now offering a new clinical trial that is evaluating a treatment for non-small cell lung cancer that has spread to the bone and has not responded to other therapies. The treatment is a combination of Radium-223, known as Xofigo, and the immunotherapy drug, Keytruda, and OHC is the only cancer group in Ohio to offer this clinical trial.

“We’re excited because Xofigo has been shown to be successful in treating late stage prostate cancer that has spread to the bone,” said OHC’s Peter R. Fried, MD, radiation oncologist who is the principal investigator for the study at OHC. “We’re going to see if it will react in the same way to lung cancer that has spread to the bone. If successful, we can offer new hope to patients whose lung cancer hasn’t responded to other treatments.”

When cancer goes to the bone, so does Xofigo. Xofigo gives off radiation that helps kill cancer cells in the bones with minimal damage to healthy cells around it. Meanwhile, Keytruda helps the body’s immune system recognize and attack the cancer cells in the lungs.

“This one-two punch could give these patients extended survival with good quality of life,” Dr. Fried added.

In addition to making strides in the treatment of lung cancer, OHC also continues to educate people about lung cancer prevention and the importance of lung cancer screenings, which can help detect cancer in its earliest form. Click here to learn more.

To learn more about OHC’s nationally-recognized clinical trials and research program, click here. Or for a second opinion, click Request An Appointment or call OHC at 1-888-649-4800.