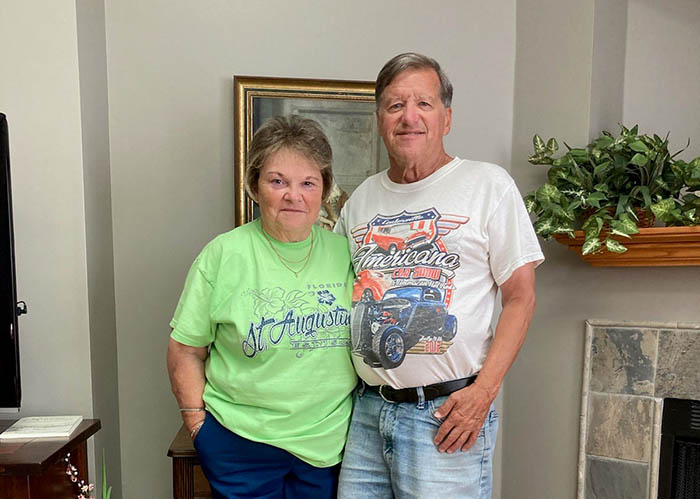 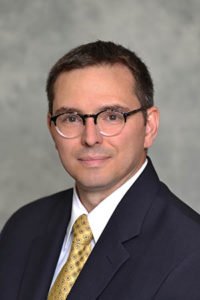 When David Shellabarger went to his doctor because he was experiencing stomach pain, he didn’t expect a cancer diagnosis. “I thought I had a hernia,” said David. “My CT scan and biopsy revealed non-Hodgkin lymphoma.” That was August of 2019. David spent the remainder of the year receiving standard of care chemotherapy under the direction of his oncologist at Miami Valley Hospital near Dayton, Ohio.

David, 74, is retired and resides with his wife, Gail, in Union, Ohio. The chemotherapy was working up until his fourth treatment. Another CT scan revealed that his lymph nodes were actually growing larger. When a biopsy in February 2020 showed that the cancer was still there, David was referred to OHC’s Edward A. Faber, Jr., DO, MS, blood and marrow transplant, cellular therapy specialist.

“Normally, we consider second line chemotherapy followed by an autologous bone marrow transplant in this setting. However, David’s lymphoma had a few characteristics that may have limited the expected success with transplant, but there was emerging evidence in the literature that CAR-T may be beneficial. At the time of David’s first relapse, CAR-T was only available after a patient failed at least two lines of therapies. Fortunately, OHC had a clinical trial that was actively accruing, which offered earlier availability of the CAR-T process, using lisocabtagene maraleucel,” said Dr. Faber. “We had seen good results with other patients and felt this trial should be the next step to help David.”

“Dr. Faber and Bethany (an OHC research nurse) presented me with a lot of information on the trial,” said David. “I was hesitant when I saw the long list of possible side effects, but I did a lot of internet research and my daughter, Karen, felt confident in OHC’s staff.”

“I sensed my father’s hesitancy, but Dr. Faber answered a critical question for me,” said Karen, a pediatric nurse practitioner. “I asked Dr. Faber what my father’s life expectancy would be in one year if he did not do the treatment. When he told me less than 25%, I knew we needed to do this. The entire OHC team explained the study very clearly and they were extremely knowledgeable. They put me at ease.”

CAR-T is a type of immunotherapy that stimulates the body’s immune system to fight cancer. Thousands of T-cells are extracted from the patient or an appropriate donor and then genetically engineered in a lab before being infused back into the patient. David’s T-cells were harvested in March and at the end of April he had three chemotherapy treatments to prepare his body for the CAR-T infusion. He received the CAR-T on May 4, 2020. So that OHC could monitor David closely in the event of treatment-related side effects, he had to stay in a hotel close to OHC for 30 days post-treatment.

David, who describes his treatment as “life-saving,” says he is beginning to feel like his normal self. “The chemo took a lot out of me and I lost 30 pounds,” said David. “It was a grim outlook when my tumor kept getting bigger.”

“Over one year post-treatment, David has become one of the 40-45% of patients who are experiencing remission as a result of CAR-T,” said Dr. Faber. “We’ve seen dramatic results in patients who have had limited options.”

David’s scans continue to show that his lymph nodes are decreasing in size. He will receive scans every six months. He doesn’t know what the future holds, but he looks forward to a lot of travel. He and Gail celebrated their 50th wedding anniversary in September of 2020 but couldn’t celebrate with family because of COVID. They made up for it with a family trip to North Myrtle Beach this past July.

“It’s important to have a desire for living,” said David. “I don’t want to leave my wife alone and my grandkids are worth living for. It’s important not to give up because there’s a lot of new treatments out there. Dr. Faber saved my life.”

OHC cancer doctors are the region’s experts in cellular therapy and offer leading-edge treatments and clinical trials through their nationally recognized cancer research program. To learn more about OHC or for a second opinion, call 1-888-649-4800 or visit ohcare.com.