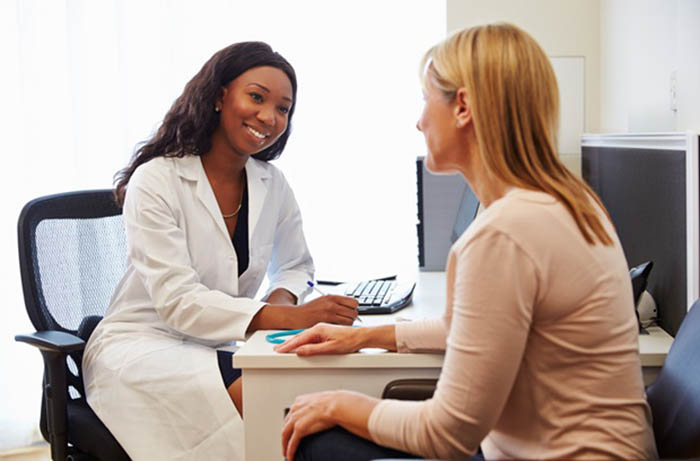 September is Ovarian Cancer Awareness Month and OHC is joining the Ovarian Cancer Alliance of Greater Cincinnati in its efforts to increase awareness and reduce the incidence of this deadly disease. The cancer experts at OHC believe the more women know about treatment options, the better their chance of beating this silent killer.

Ovarian cancer is the deadliest of all gynecologic cancers. It is estimated that this year, 21,750 women in the U.S. will be diagnosed with ovarian cancer and 13,940 will die from it. The biggest challenge with this disease is that it is very difficult to diagnose at an early stage because it often has few symptoms. Even when it does, they can easily be confused with other conditions. Therefore, most women are diagnosed at a later stage when it has spread and is more difficult to treat.

“If a woman does experience symptoms early, they’re typically so vague and are often mistaken for something else,” said OHC’s Cynthia C. Chua, MD, a noted medical oncologist and hematologist who serves as principal investigator for OHC’s gynecologic clinical trials. “For example, how many times have you felt a little bloated after eating? That may not be food-related but a symptom of ovarian cancer that you’ve dismissed as having a full stomach.”

Because so many women are diagnosed at later stages, OHC is evaluating several new, promising treatments for advanced ovarian cancer through gynecologic clinical trials. These trials are only available in this region through OHC.

“We’re helping patients stay ahead of this disease by offering both the latest treatments and promising new treatments,” said Dr. Chua. “And we’re working to increasing awareness, especially by encouraging women to talk with their doctor any time they experience something unusual about their health. Even if it’s something as common as bloating.”

“The path to preventing and curing ovarian cancer isn’t an easy one, but it’s one we’ve travelled side-by-side with our patients for more than 35 years,” she added. “And our journey will continue until no one has to fight this or any other cancer.”

OHC is changing lives and offering hope to cancer patients with advanced treatments through our clinical trials program. To learn more about ovarian cancer and clinical trials, or to request a second opinion, contact OHC at ohcare.com or call 1-888-649-4800.