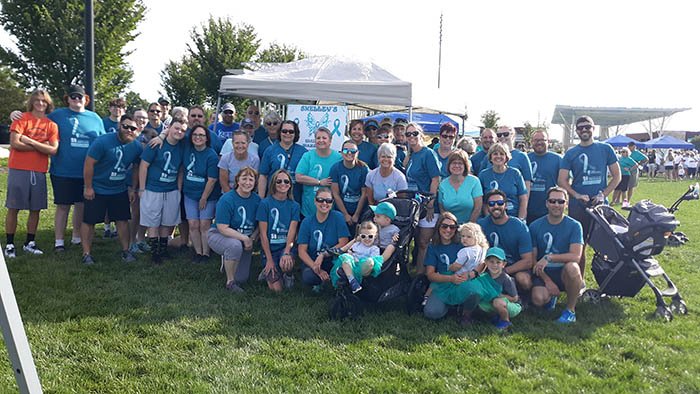 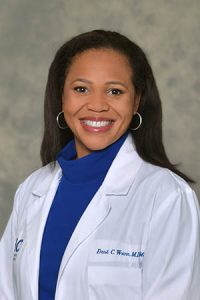 “Advocate for yourself, know your body, and know your family cancer history.” Representatives of the Ovarian Cancer Alliance of Greater Cincinnati (OCAGC) preach these words of wisdom incessantly. Ovarian cancer is often called the “silent killer” because its symptoms can be subtle and frequently mistaken for benign conditions like irritable bowel syndrome. This can result in a delayed diagnosis with a poor prognosis for patients.

Fortunately, the OCAGC, a volunteer nonprofit organization, is committed to creating public awareness about the signs and symptoms of ovarian cancer. In addition, the Alliance provides support, resources, and education to ovarian cancer survivors and caregivers in the Tri-State area while funding research focused on early detection and a cure.

The OCAGC might be best known for connecting patients and caregivers with other programs and organizations that provide educational resources and support. They have comfort baskets available to anyone in the Greater Cincinnati area diagnosed with ovarian cancer and going through treatment. As a member of the national Ovarian Cancer Research Alliance (OCRA), they have access to the Woman-to-Woman Program that pairs gynecologic cancer patients with trained survivor volunteers who provide one-on-one emotional support and mentoring.

When Shelley Hastings-Toms was diagnosed with stage three ovarian cancer nearly seven years ago, her doctor gave her a 36 percent chance of survival after five years. “I’m a very blessed person,” said Shelley. “I’m not someone who gives in easily.” While attending the 2018 Ovarian Cancer National Conference in Washington, D.C., Shelley met Dianne Weidman, an Ovarian Cancer Alliance Board member, and decided to get involved.

Today, Shelley is the Director of Education and Awareness for the OCAGC and sits on the Executive Board. Through community outreach and events, Shelley shares her most important message: Speak up when something doesn’t feel right and advocate, advocate, advocate for yourself until somebody does something. No one knows your body better than you.

Like so many others with ovarian cancer, Shelley’s diagnosis was delayed as her doctor attributed her symptoms to another condition. “In my late 40s, I was having a lot of urinary urgency and frequency, so I discussed it with my doctor at my yearly exam,” said Shelley. “He knew I had delivered two large babies and indicated that leaking urine was normal. Sixteen months later, a doctor discovered an ovarian cancer tumor that was displacing my bladder.”

The OCAGC is on a mission to educate women about the signs and symptoms of ovarian cancer and empower them to discuss these with their doctor if they persist for more than two weeks. “Chances are, the diagnosis won’t be ovarian cancer,” said Shelley. “But if we can make a difference with an early diagnosis in one person, that’s a big success.”

“To keep symptoms at the forefront, we often refer to the B-E-A-T acronym,” explained OHC gynecologic oncologist Dené C. Wrenn, MD, MS. “B stands for bloating, E for eating difficulties or feeling full quickly, A for abdominal and/or pelvic pain, and T for trouble with urination. Of course, these symptoms can be signs of many other conditions, but I cannot emphasize enough the importance of openly discussing them with your healthcare provider and persisting until you have an accurate diagnosis. As with most cancers, the earlier the disease is detected the better the outcomes typically are.”

When asked what the Ovarian Cancer Alliance means to her, Shelley responds, “It’s bittersweet.” The ‘sweet’ is getting to support survivors and empowering them so they don’t let cancer take anything away from them. The ‘bitter’ is that I wish ovarian cancer didn’t exist and that we weren’t losing anyone to this disease.”

In addition to the support the OCAGC offers to patients and caregivers, they also host and participate in fundraisers to generate more funding for ovarian cancer research. In just over three years, the Alliance has donated well over $1 million to the cause. Much of the funding has been secured through the organization’s annual Jeans & Jewels Gala and Teal Power 5K Run/Walk. Teal is the color of ovarian cancer and those involved with OCAGC often say: Teal is the color of ovarian cancer. Knowledge is power. We call it Teal Power. The next Teal Power 5K will take place on September 17th at Summit Park in Blue Ash. To participate in the sea of teal that will cover the park, honor survivors, and remember those who have lost the battle to ovarian cancer, follow this link: https://runsignup.com/tealpower5k. To learn more about OCAGC and get involved, visit http://www.cincyovariancancer.org/default.aspx.

Dr. Wrenn and her OHC gynecologic oncology colleagues are passionate about creating more awareness around cancer prevention and frequently participate in community outreach activities to further this cause. For more information on cancer screenings, cancer prevention, and OHC’s cancer experts, or to request a second opinion, call 1-888-649-4800 or visit ohcare.com.