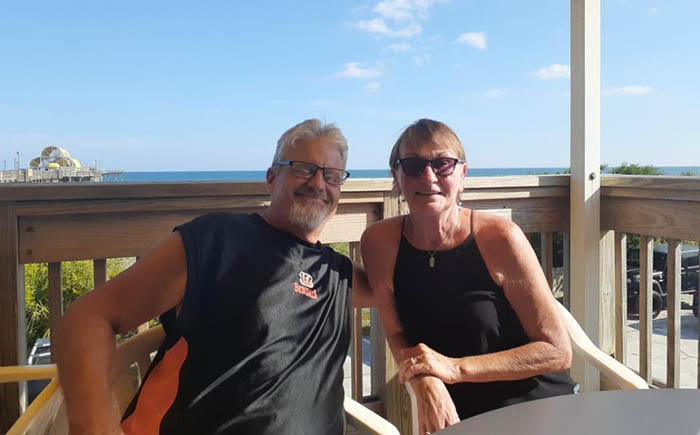 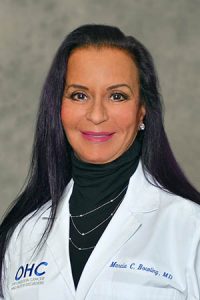 In 2013, Deborah Ward, age 43, was experiencing abdominal cramping which she discussed with her primary care doctor. After an exam and sonogram revealed a lesion on her ovary, Deborah’s doctor referred her to OHC gynecologic oncology expert Marcia C. Bowling, MD. Because of the size of the tumor and the distribution of the disease, Dr. Bowling would have to open Deborah’s abdomen for surgery. “The average size of an ovary at Deborah’s age is about four centimeters,” noted Dr. Bowling. “Deborah’s ovaries were the size of fists.” Unfortunately, Deborah had stage three ovarian cancer.

“There was only a short time between when my doctor discovered the lesion and Dr. Bowling was performing my hysterectomy,” said Deborah. Deborah’s condition required a complete hysterectomy, which is the surgical removal of the uterus, cervix, and ovaries. Because the cancer cells had spread to Deborah’s lymph nodes, she also needed chemotherapy. OHC medical oncologist and hematologist, D. Randolph “Randy” Drosick, MD, oversaw the administration of Deborah’s chemotherapy. “I had six treatments,” noted Deborah. “It caused a great deal of pain in my legs, but it worked.” 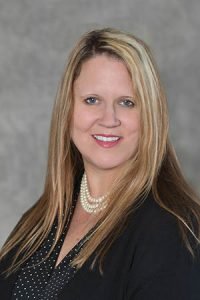 “I started the same chemo I had used before, but I had a reaction to it,” said Deborah. “Dr. Drosick tried another type of chemo, but it didn’t shrink the tumor, so I had to have another surgery. Dr. Bowling was kind enough to be in the room and observe the procedure as the surgeon removed my tumor.” “The location of Deborah’s tumor involved her intestines, so I recommended that a colorectal surgeon perform the procedure,” said Dr. Bowling.

Deborah, a resident of Carthage, Ohio, still suffers from neuropathy in her feet as a side effect of chemotherapy. She takes Lynparza under the care of OHC medical oncologist Patrick J. Ward, MD, PhD, whose office is conveniently located close to her home. Lynparza is a non-chemotherapy PARP inhibitor that is used as maintenance therapy to help prevent advanced ovarian cancer from returning.

“Presently, Deborah’s CA-125 remains low and her most recent scans show no evidence of disease,” said Rhonda. “April will mark the five-year anniversary of her cancer recurrence. This is a significant milestone in the journey of a cancer survivor.”

Deborah, who says she tries to appreciate every day a little more than she used to, believes that OHC stands for: Oh, Happy Care! “I’m glad I wasn’t going anywhere else. I’m so grateful. OHC saved my life.”

Deborah offers these words of wisdom: Don’t wait to get your symptoms checked out. Keep your check-ups. “This Ovarian Cancer Awareness Month reminds us to be aware of unusual symptoms that persist for longer than two weeks and to report them to healthcare providers,” advised Dr. Bowling. “Too often, ovarian cancer is diagnosed in its late stages as its symptoms can mimic those of other benign conditions. Advocate for yourself, persist until you receive an accurate diagnosis for your symptoms, and keep your yearly check-ups with your physicians. In most cases, the earlier cancer is diagnosed, the better the outcomes for patients.”

To learn more about ovarian cancer and OHC’s team of leading gynecologic oncology experts or to request a second opinion, call 1-888-649-4800 or visit ohcare.com.

Top picture: It had been a long time since Deborah traveled. She recently enjoyed a trip to Myrtle Beach with her husband, Rick.