Tears of Gratitude: A Life Well Lived and Saved 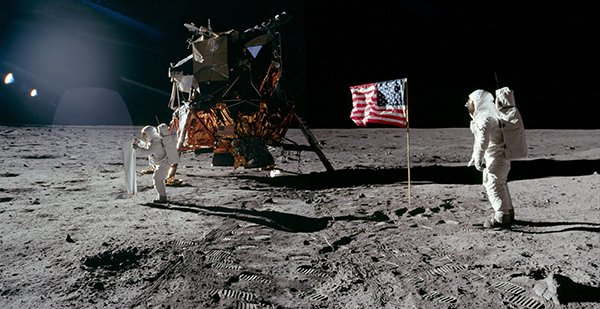 At the beginning of our interview, I’m cautioned by his daughter that cancer survivor Charles Spencer will cry at the drop of a hat whenever he talks about OHC Medical Oncologist Dr. James Essell and the role he played in saving his life.

Charles has had a wonderful life. Successful by any measure. Yet it started humbly enough. His early years included sharing his childhood home with nine siblings, losing a close grandfather at age six, and working with his father in the steel mills of Youngstown.

Because he was a bright student, Charles was able to earn an aeronautical engineering degree from The Catholic University in Washington DC. He would later earn an M.B.A. from St. John’s University in New York. Little did he dream then that he would soon be working on some of the world’s most extraordinary and historic technological achievements.

Working for the company that today is known as global aerospace leader Northrup Grumman, Charles was transferred to Dayton, Ohio. “I was the second man in a two-man office,” he says humbly. But this was no ordinary office. Charles had become the business liaison to Wright-Patterson Air Force Base.

His projects included The Gulfstream I and II (the famous American twin-engine business jet); every Lunar Excursion Module (LEM) in the Apollo/Saturn program; and even the Space Shuttle. “I worked on everything except the F-14 Tomcat,” says Charles before proudly adding, “Neil Armstrong climbed down the ladder on our vehicle. I loved my career.” Charles Spencer was part of the team of Grumman engineers and NASA scientists who worked together to build the Lunar Module that would eventually carry Neil Armstrong to the moon.

In addition to his incredible career, Charles and his wife had two personal achievements that were even more satisfying; their children Mary and Glenn. Mary eventually returned her father’s devotion by becoming his full-time caretaker.

In November 2012, Charles noticed that he was getting short of breadth and tiring too easily. Being in otherwise great shape at 6ft and 175lbs, he didn’t visit his family physician until January 2013. After getting an unusual white blood cell result, he was sent to a Columbus, Ohio hospital for further testing.

Ironically for a man who had been honored for having donated his blood nearly 100 times, Charles was diagnosed with a form of Acute Leukemia. The blood cell disease comes on suddenly and, if not treated, progresses quickly. Charles was a one in 300,000 case.

Unfortunately, at 76, Charles was not a viable candidate for a Blood and Marrow Transplant. The age limit is typically 68. But his new doctors also did not want him on chemotherapy treatment. Instead, they put Charles in a clinical trial that took weeks to get started.

During this time, Mary, while living in Cincinnati, had taken on the daily care and transport of her father from his home in Dayton to the Columbus hospital and back again. She wasn’t satisfied with how it was going. Charles only saw his doctor once. He never saw the same doctor twice. And the trial wasn’t working.

Mary was mad. “We waited and waited for him to go on this trial but then they cut it off before it even ended. And they wouldn’t tell us why.” She believed her father had to go on chemotherapy treatment or he would die. “He got so sick so quickly. He had complete confusion, was barely able to walk without assistance, and was undergoing emotional changes.” Charles with his family.

Thankfully, she had been researching alternatives. Being a sales representative in the medical technology field, Mary asked her trusted colleagues where she should turn. A consensus quickly emerged. Take Charles to Dr. Essell.

Surprisingly, Mary called OHC and was able to get Charles in the next day. Just one day after their meeting with Dr. Essell, Charles had the results back from his tests. And just two days after that, Charles was on Dr. Essell’s six-month treatment protocol.

“Dr. Essell was never down around me,” Charles says with a tear in his eye. “He was confident about his protocol but never bragging. He just kept telling me, ‘I can do this.’”

But it was no bed of roses. The worst part was his loss of appetite, a terrible gag reflex, and even a change in how food tasted. Mary said, “He would hide his food in his napkins.” After six months, Charles’ once lean body was down to a scrawny 132 pounds. But the treatment program worked. Charles is now in complete remission and has regained 20 pounds.

“I feel fine,” he says. “I go back once a month for check-ups.” He then adds with a chuckle, “But I need to be more careful. Instead of lifting that 30 pound bag of dog food, I just drag it.” Charles drums to a new beat!

To express his thanks, Charles brought an ice cream cart to Dr. Essell and his staff last October. With even more tears, he explains, “As far as I’m concerned, he walks on water. I never felt that I wasn’t going to be okay, that I was going to die. Those people at OHC couldn’t have treated me better.”

From the dedication of his children Mary and Glenn to the care and effort of Dr. Essell and his staff, Charles is now able to enjoy the most satisfying projects of his incredible life.

A lifelong musician, Charles is a drummer for the University of Dayton’s New Horizons Band. One of only 180 senior bands in the country, he attends practice and performs in their six concerts a year. “I love it. It’s a great outlet.”

Charles also now lives with Mary and her four daughters. He has a fifth grandchild from his son. When asked how it is living with five women, Charles answers with sly humor, “It’s loud and louder. I took a hearing test recently and, wouldn’t you know, I failed with high-pitched female voices.”

This time, there is no tear in his eye. Just a twinkle.

One response to “Tears of Gratitude: A Life Well Lived and Saved”