The Clinical Presentation of Lymphomas

Home  >  Blogs  >  For Physicians  >  The Clinical Presentation of Lymphomas 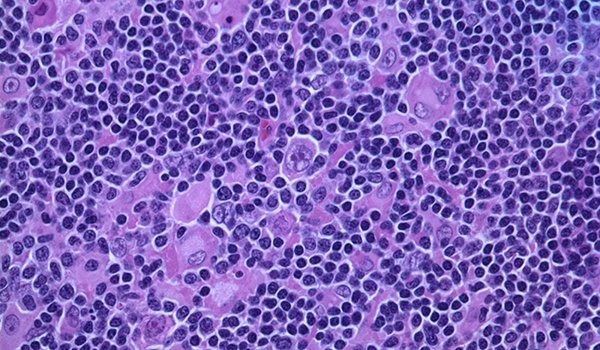 Most NHL patients are first seen by their PCPs because they are showing signs of lymphadenopathy, although the enlarged nodes are usually painless. Here’s what your patients might present with:


According to the National Cancer Institute, the five-year survival rate (2004-2010) is 85.3 percent. And the number of deaths has been declining.

Because there are no widely recommended screening tests for Hodgkin lymphomas, you will need to pay attention to your patient’s risk factors in combination with these clinical presentations:

Miguel Islas-Ohlmayer, M.D., is a hematologist and blood and marrow transplant physician. Board certified in internal medicine and hematology, his main interests include hematologic malignancies as well as blood and marrow stem cell transplantation. Dr. Islas-Ohlmayer practices at our OHC Kenwood office and is a clinician at the Blood Cancer Center at The Jewish Hospital-Mercy Health. The Blood Cancer Center, powered by OHC physicians, is a recent recipient of The Joint Commission’s Gold Seal of Approval for Blood & Marrow Transplants.

Members of the OHC Community Honored as Unsung Heroes