Home  >  Blogs  >  Young Testicular Cancer Survivor: I Was Going To Be the One Who Defied the Odds 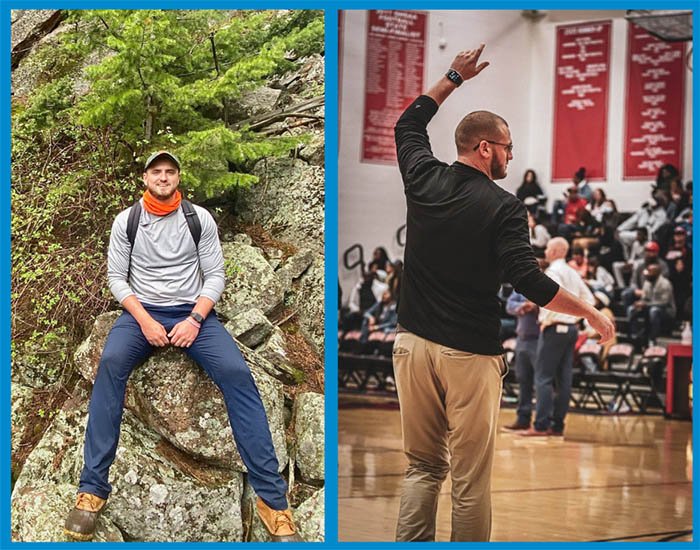 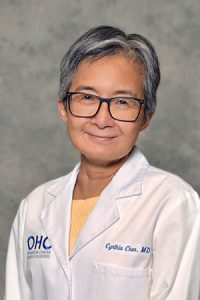 As a senior in college at Ohio University, the future was bright for a young and energetic Connor McCurley. It was 2017, and he had a job lined up as a special education assistant in a school district back home in Cincinnati and he was playing a lot of golf and basketball. A nagging back pain that Connor attributed to a sports injury ultimately required medical testing and resulted in a life-altering cancer diagnosis for this college student.

“I graduated in 2018 and started my job in August,” explained Connor. “My back pain was so bad that it got to the point where I couldn’t stand.” Connor consulted an orthopedic specialist who ordered an MRI that revealed two tumors in his abdomen. “One was the size of a tennis ball and the other was the size of a softball,” recalls Connor. “They were pressing on one of my kidneys which was causing my back pain.” Connor’s doctor informed him that the tumors were most likely cancerous and referred him to cancer expert Cynthia C. Chua, MD, a medical oncologist and hematologist with OHC.

After conducting a thorough physical exam, Dr. Chua noticed a significant mass on one of Connor’s testicles. She ordered blood tests including one to measure Connor’s human chorionic gonadotropin (HCG) level. HCG is a tumor marker, or protein, that is found in the blood when testicular cancer is present. In healthy men, the HCG level is less than 2 mIU/mL. Connor’s level was 360,000 mIU/mL. After receiving the pathology, Dr. Chua wasted no time consulting with the nation’s leading specialist in testicular cancer, Dr. Lawrence Einhorn of Indiana University School of Medicine. Dr. Chua and Dr. Einhorn agreed that Connor should begin treatment within the next 24 hours.

Connor’s testicular cancer had spread to his abdomen causing the two tumors near his kidney and nodules in one of his lungs. “Dr. Chua told me I had stage 4 testicular cancer with a 50 percent chance of being cured,” said Connor. “She said that my chances would be worse each day I delayed chemotherapy.”

“I discussed the recommended treatment plan with Connor and his parents,” said Dr. Chua. “Connor trusted what I had to say. It was his decision at that point and he agreed to start treatment immediately.”

Dr. Chua prescribed four rounds of chemotherapy followed by surgery to remove the abdominal tumors and the nodules in his lung. Remarkably, Connor’s HCG level returned to normal following his treatment.

“Testicular cancer is usually very successfully treated when detected early, and the risk of death from this type of cancer is quite low,” said Dr. Chua. “It is one of the most common cancers in young men and it can be discovered through a testicular self-exam.”

Connor had surgery at Indiana University in March of 2019. The procedure required an incision from his sternum down to below his belly button. “Recovering from surgery was a challenge,” said Connor. “It took time for my wound to heal and to gain back core strength.”

“Imagine having a significant abdominal surgery at the same time as a chest surgery,” said Dr. Chua. “It was Connor’s determination and amazing physical strength before he got sick that led to his incredible recovery.”

Conner has follow-up visits with Dr. Chua every six months. For the past two-and-a-half years, his HCG level has remained at 0 mIU/mL. “The last thing I ever expected to hear at my age was that I had two tumors in my back,” Connor reflected. “Dr. Chua’s mentality kept me motivated. I’ve always had a willingness to compete, and I was going to approach the diagnosis head-on. I was going to be the one who defied the odds. This was my battle.”

Connor credits his entire OHC care team with encouraging him to win the fight. “Dr. Chua was always confident in my treatment and projected positivity,” said Connor. “I realized that I was one of many patients that the nurses saw. Every day they get up and motivate so many patients.”

Connor, now a special education teacher, spends a lot of time on the golf course, both playing and coaching a junior high school team. He also coaches varsity basketball at Colerain High School. When asked if he feels like he is back to his normal self, Connor replied, “Yes, maybe even a better version of myself. Going through something so serious matured me. It changed my outlook and perspective on things.”

OHC’s cancer doctors are dedicated to creating more awareness around cancer prevention. This Testicular Cancer Awareness Month is an opportune time to remind men ages 15-35 to conduct monthly self-exams. Report any unusual symptoms to your doctor, including a lump or swelling in either testicle, pain in the lower abdomen or groin, a sudden fluid build-up in the scrotum, or discomfort in a testicle of the scrotum. According to the American Society of Clinical Oncology (ASCO), the survival rate for testicular cancer that has not spread beyond the testicles is 99 percent.

For more information on cancer screening recommendations and the importance of early detection, or to request a second opinion, call 888-649-4800 or visit ohcare.com.

Top picture: Connor is grateful to return to his active lifestyle, including coaching basketball at Colerain High School.