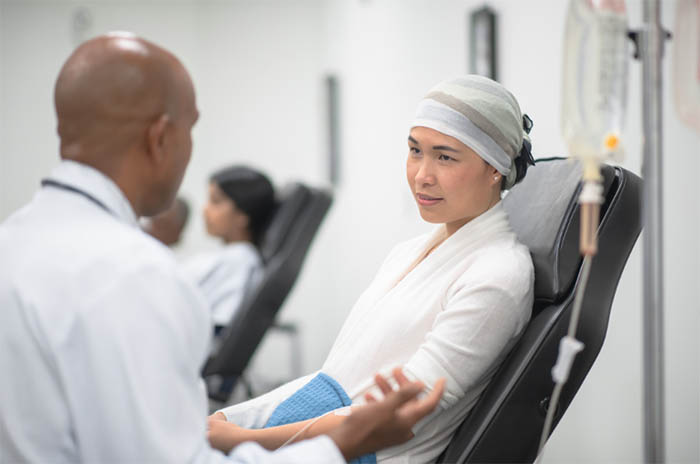 Every year, more than 25,000 Americans are diagnosed with diffuse large B-cell lymphoma (DLBCL), an aggressive cancer with a treatment journey that often poses a challenge to patients. About 30-40 percent of patients will relapse or have no response to initial treatment. OHC’s cancer research experts are bringing hope to these patients through research on a novel CAR-T immunotherapy.

About a year ago, lisocabtagene maraleucel (lisocel; Breyanzi) received FDA approval for the treatment of DLBCL, and data from OHC’s cancer research was used as part of the evidence submitted to the FDA to gain approval (read our story here). Breyanzi is a CAR T-cell therapy that harnesses the power of a patient’s immune system to fight cancerous cells.

CAR-T therapies are prepared from a patient (autologous) or donor’s (allogeneic) T-cells, a part of the immune system that attacks cancer cells. The cells are removed from the body, enhanced in a lab to better fight the cancer, and then infused into the patient. Out of concern for adverse events related to the infusion, CAR-T is typically administered as inpatient treatment at university medical centers.

OHC recently participated in the OUTREACH study, the first study to evaluate the administration of CAR-T at nonuniversity medical centers in outpatient settings. Specifically, this phase 2 study evaluated Breyanzi for patients whose DLBCL relapsed or did not respond to prior treatment. The study’s promising results were shared at the recent annual meeting of the American Society of Hematology (ASH), a global network of more than 18,000 hematologists.

Of the 77 patients participating in the study, 54 were treated as outpatients and 23 as inpatients. Outpatient treatment facilities included hospitals with outpatient infusion centers and oncology clinics associated with hospitals. Caregivers of those receiving the outpatient CAR-T were educated about recognizing early signs of adverse events and patients had to remain within one hour of the infusion site for 30 days for monitoring.

While study outcomes indicate that outpatient CAR-T therapy is both safe and effective for advanced DLBCL if administered by a multidisciplinary team with a hospital affiliation or partnership, OHC is most excited about the optimism CAR-T continues to provide to patients faced with only six months to live on standard therapy. Moreover, these findings prove that this novel therapy can be accessible to patients who do not live near a major city but receive care from a cancer group that can coordinate care with a hospital.

In 2018, OHC was the first cancer practice in the Tri-State region to offer the groundbreaking CAR T-cell therapy and has completed over 60 infusions to date. With a relentless pursuit of a cure, OHC’s nationally recognized cancer research team continues to evaluate the newest, most promising treatments. For more information on CAR T-cell therapy and OHC’s clinical research or to request a second opinion, call 1-888-649-4800 or visit ohcare.com.